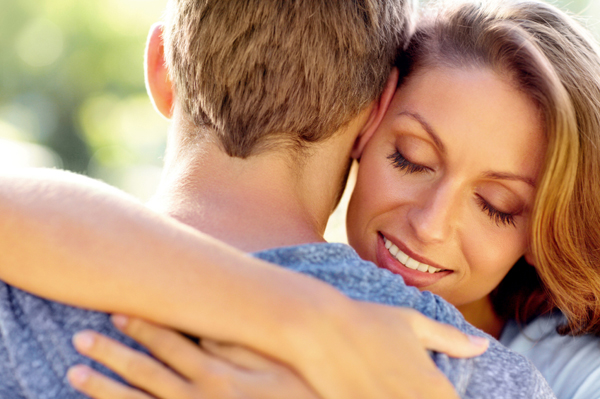 One characteristic of every classy woman is her ability to admit when she is wrong and apologize to another if she has hurt them, offended them (once she’s aware of it), ignored them, upset them, etc. Being able to own up to our mistakes and say sorry when know we are in the wrong is not only good manners but it builds trust and confidence in others and allows them to feel more comfortable around us and just creates a more pleasant environment. An apology never takes away what had been said and done but it’s necessary to let the other person know that you care and respect them enough to address it and you’re willing to make it right. You can read my other Manners Monday post on “How to Apologize“.

There will be many times in life when we knowingly or unknowingly do something to make someone else feel uncomfortable. The key is to avoid letting it linger and address it head on. I have a few people in my life who are not good at apologizing, even when they are wrong or it has been expressed that something they have done or said was upsetting or rude, they continue to carry on, show little empathy or concern for their action and in some cases, move forward with zero regard and do as they please. When those people are acquaintances or friends, I don’t allow that in my life, however when we’re dealing with family, that’s not always an option. That my friends is a lack of civility, it is self-righteousness and pride at its core and it’s not pretty.

This afternoon (it’s Sunday night as I write this post) Lily and I headed out for a day at a local attraction to see fish and other sea life as a fun mommy-daughter date. Since Whole Foods was around the corner, I planned to swing by on the way home to pick up some essentials for the week ahead. Let me start by saying that I have to admit, I’m probably the worst person to bump into in a grocery store (or maybe any store) and catch off guard, because I’m an ‘in-the-zone’ kind of person when I run errands. It’s awful really, I sometimes don’t even see people I know when they are in the same area and when they say hello, I’m caught off guard and then feel as though maybe they thought I was just ignoring them which is never the case, but that’s another story for another day….

So, I had just walked into Whole Foods literally ready to fall asleep while walking after just 4 hours sleep, and Lily was deciding on the type of cart she wanted  to sit in (she loves the ones that are little Police cars she can drive or race cars with steering wheels). Since I had several items to pick up instead of a quick trip, I told her we were going to sit in a regular cart today as she likes to get in and out of the other type.  I didn’t want to chase her all over the store which always takes twice as long, so I proceeded to put the cart cover on and get her in. Of course that didn’t go over well after she saw the other ones, all bright and colorful, and she began having a bit of a meltdown. (As a side note, my husband is traveling for the second time this month out of the country and she is extra clingy and testing me lately in his absence which hasn’t helped and my patience was wearing a bit thin at that point.) I tried to explain to her why I was putting her in that particular cart and was also trying to get her feet in as she attempted to stand up and escape. As this was all taking place in the cart area near the exit, I hear “Hi Lily!” and turn my head to see who was there that we knew. It was the mother of a little boy in Lily’s class who helps her teacher out by managing various events/e-mails for volunteers, asking for donations for the school and various other events whom I’ve met before. I vaguely recognized her at first out of school then she said, “I’m x’s mom”. I smiled and said “I know, hi” because we had just exchanged e-mails a few days prior recently and I sometimes see her while dropping Lily off in the mornings when she is standing outside her older child’s classroom down the hall. She reminded me about some items I had volunteered to drop off for the teacher’s upcoming birthday and had mentioned who to drop them off with as the event is coming up in 10 days (which she had already e-mailed me about and I had responded to) so I didn’t feel the reminder was necessary but I’m guessing she was just trying to make small talk. in any event, I wasn’t as kind or polite as I could have been and wanted to be with her in that moment and realized it just as we finished our quick conversation and walked away.

All I could think of in that moment (about myself) was “well, that was rude!”.  I mean, how about a simple “Hi ‘x’, it’s nice to see you”? Geez. Here I write a blog on etiquette, manners and being a classy woman and the most basic of exchanges with another human being was not at all how I had intended and I left feeling bad about how things went down. Now, in her mind, she may not have even thought twice about it (perhaps I’m being hard on myself as I often am), although somehow I’m going to guess that she probably thought I was a bit curt with her, because well, I was. I’ve said it before in other posts and I’ll say it again, I am not always the most patient person or the most present in the moment. It’s something I really struggle with at times. Every year it seems that at some point I make it a goal to be more patient but it’s something I have to really work at and pay attention to. For my daughter’s sake though, I really do try to make an effort because she’s at an age where she can read body language and tone of voice just beyond words from everyone around her. Anyway, as I was driving home from the store I promised myself once Lily was down for the night, the first thing I would do is sit down and e-mail her classmate’s mom to tell her that I was sorry and why, so I did. 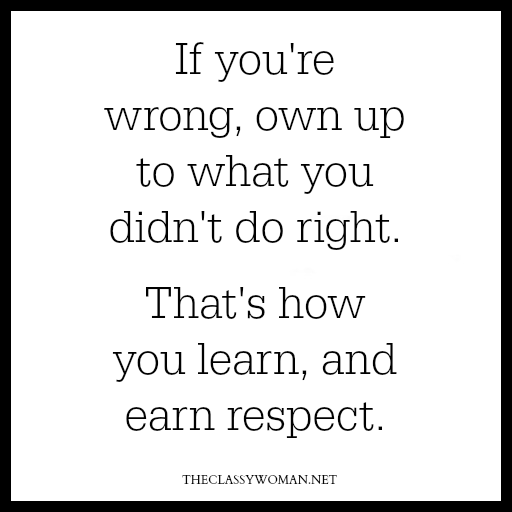 In marriage/intimate relationships, friendships, parent-child dynamics, with neighbors and co-workers (and really any type of relationship), it’s so important to admit when you’ve messed up as resentment can grow over time. I grew up with a parent who often couldn’t admit when they were wrong, almost always looking for a reason to justify their actions and watched how it drove my other parent away. I promised myself that I wouldn’t emulate their behavior and do life that way. To this day, this person still operates in that same manner, and it hasn’t served them well. When we wrong someone, the only way to make it right is to be honest, be real, and just say “I’m sorry” being specific about why you are apologizing and how you intend to make it right being mindful to apologize without excuses. It’s always appropriate to ask for forgiveness also, showing you are invested in the relationship and truly do care to do what’s right.

I want to encourage you today that no matter what point you’re at on your journey to becoming your best self as a more classy woman, you’re bound to screw up because none of us are perfect and we’re not always going to handle every situation perfectly, and we’ll sometimes leave a scenario feeling crummy and as though we wish we could have a do-over. Life does hand us a second chance though, it’s called an apology. A nice side effect is that oftentimes, these awkward moments can actually help bring us closer to another person in the process, when handled correctly.

As much as I feel vulnerable in sharing my missteps, I personally find that I relate most to others who are transparent, keep it real and aren’t afraid to admit that they’re human and they made a mistake. During the 7 years that I’ve been blogging, I’ve always tried to focus on sharing with you the best approaches to handling a situation, the most correct/polite way to address someone or a particular scenario, how to choose the right fork at the dinner table, however I haven’t spent a lot of time sharing my personal blunders, because it’s embarrassing given the topic that I write on. However, I want women to know that they don’t need to be perfect to be a more elegant, polished, classy woman. Sometimes that perfectionist mentality can really hold us back from reaching our greatest potential, feeling as though we can’t make any errors. It’s something I’ve struggled with my whole life since childhood. The truth is, I find I learn far more from my challenges and mistakes in life, than my successes. So, in an effort to be more relatable, I’ll try to share more of my real life day-to-day struggles within my posts as I continue to commit to personal growth to become the best version of myself, because who doesn’t like a “hey, me too, I’ve been there!” kind of post where you know you’re not alone.

I’d love to know, was there ever a time you found it difficult to admit you were wrong? Was there a time you were pleasantly surprised by the way someone handled themselves after they had done wrong by you?

Thanks for stopping by! 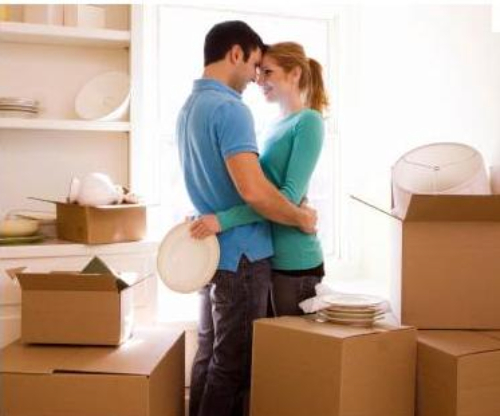 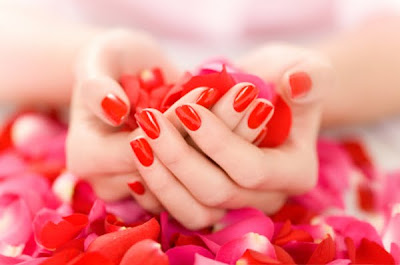 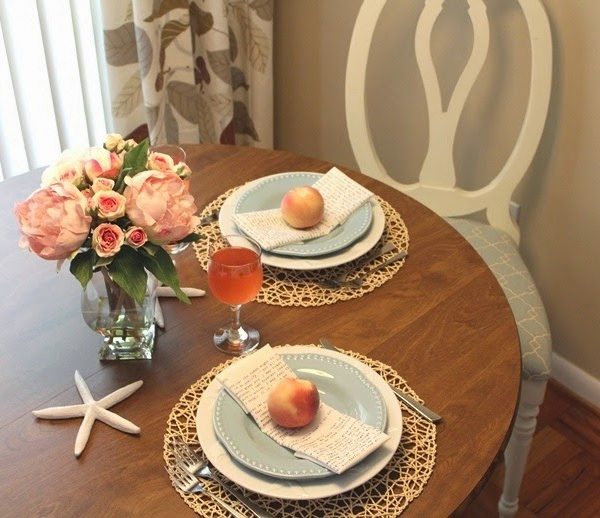